Like any other profession, it was expensive to get all the requirements to enter a specific career. In my case, since I wanted to be a psychologist and counselor, a four-year bachelor’s degree would not cut it. I had to get master’s and doctoral degrees and all the training that came in between them.

The thing was, I did not come from money, so I had to get student loans to continue my studies. By the time I finished my doctoral, I was already swimming in at least 100,000-dollar debt. Thus, when I finally got my license to practice psychology and counseling, my primary goal was to establish my clinic to pay off my student loans and provide for my family.

In hopes of earning enough money to settle my debt before I even turned 30, I decided to open my clinic seven days a week. Most psychologists and counselors I knew were only available five or six days a week, but I went above and beyond that. While others were happy to stick to an eight-hour schedule, I got licensed to perform online counseling to work still even when I was not in the clinic. This meant that I was on the job for 10 to 14 hours every single day.

I mentioned this work plan to my friends before I even started, and they all laughed, thinking I was trying to be hilarious. They said that no sane person would be able to do that or want to do that. After all, our old professors stressed the importance of REM sleep to increase our effectiveness as psychologists or counselors.

What my friends forgot to factor into the equation was that I was a woman on a mission. My goal was to make as much money as possible. I would lose a lot of sleep and rest, yes, but it would be worth it in the end when I was already debt-free. Hence, I did my best to stick to my path.

When I Needed A Lifestyle Change

The good news was that I remained effective in my profession despite my lack of good sleep. I got to help many people make sense of their issues; there was never once a person who complained about my skills or knowledge. More importantly, I was earning more money than I ever imagined.

My work plan never failed me, but I had to make a lifestyle change and practically stop working towards my goals at a quick pace because I started feeling like there’s something wrong with my body.

For one, my menstruation was already three months late. I did not have time for sex and was definitely not pregnant, so that’s bothersome. My feet also started aching even if I wore the same shoes for years. If I stayed in the car for more than 30 minutes, they would swell up immediately. Worse, I could feel my weight increasing because all I could wear were my dresses – none of my pants would fit anymore.

When I consulted a doctor and discussed my symptoms with her, she asked me to do the thyroid tests. The thought of having a thyroid issue never crossed my mind, but then I remembered that my dad’s sister got diagnosed with it two years ago. And before her, my grandmother had it, too. Thus, it might be possible that I had the same condition.

While waiting for the results, I had enough time to accept that I might have a thyroid problem. Because of that, when it was confirmed, I already made peace with the fact that I would have to cut back my work hours and stick to an eight-hour schedule. I also had to take at least a day off, relax, and do nothing so that stress won’t make my health problems worse.

Heck, no. Many people looked forward to a day of relaxation and recreation, but I never felt like I had the luxury to do that. After all, even when I was a student, I would use my free time to do part-time jobs or study for my exams. I did not think that there would be a day when I would have nothing to do since there were so many goals I wanted to achieve. Yet, there I was – forced by a medical condition to stop and rest.

Although I was not used to taking care of myself, my days off helped me realize that there was more to life than working. Ever since my Sundays became free, I got to hang out with friends and family, host BBQ parties, and even go on dates. I continued to do these things even when I got my thyroid issues under control.

It was the first time in a long time that I felt like a real person and not a robot – and it felt incredible. 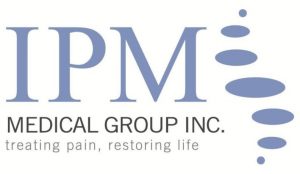 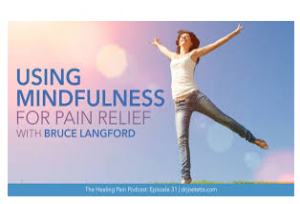